With a big portion of our brand being centered around these mobile devices and what we use them for, it is impossible for us to not call attention to "Facebook's" so called "Metaverse" after it was announced by Mark Zuckerberg.

As we have seen mobile device use only increase in the past decade to its highest point (around 5 hours a day on your phone alone) there have been very traceable causes for this increase. Social Media is largely to blame and effects far more than just the younger generations as these massive companies have begun to increase their reach throughout far more than their original app/website.

While Friendster and Myspace were the so called original Social Media, their influence stopped at your computer, and allowed you to continue on with other activities or relationships by simply walking away. We can't deny that Facebook and Twitter began their journey here as well, but it was the transition into the mobile application space that really turned our lives around for better or worse. The invention of the iPhone and Android as a more advanced version of the previous Palm Pilot, Blackberry, and Trio; gave way to a whole world where suddenly you could take almost everything from your computer throughout your daily life.

No longer being limited to the confines of the computer allowed these companies, as well as Instagram and TikTok, to gain a huge audience and influence daily interactions around the world. These companies, especially Facebook, grew a platform that suddenly linked companies and consumers in the digital world.

Which is where we come in.

We understand that the connection with our devices, and by extension the applications on them, is growing at an unhealthy rate and will continue to do so if our society doesn't take agency over it's device use.

This so called "Metaverse" is the next step in this transformation to a more digital world and quite frankly scares us. As a company with a massive user base between facebook, instagram, and whatsapp; they are perfectly poised to take over the whole digital sphere at some point. This "rebrand" speaks volumes to a plan to move out of these specific applications and into an even bigger digital superpower.

The New York Times writes,"If it works, Mr. Zuckerberg’s metaverse would usher in a new era of dominance — one that would extend Facebook’s influence to entirely new types of culture, communication and commerce."

We know that Facebook and its advertisers, aka 99% of all businesses, are already constantly tracking your location data, search terms, and more to "sell to you better." What it actually means is that they are creating a digital profile of each and every person on this platform that will only increase as we move into the so called metaverse. 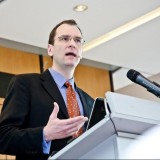 The entrepreneur in me forecasts the rise of dissident tech to subvert Meta’s constant gaze into our souls and manipulation of reality. Like you, I’m planning to equip those who wish to escape Zuck’s erstwhile Utopia with the means to remain anonymous… or more accurately, “pseudonymous” – it’s an even bigger market opportunity that serving Metaverse priorities itself IMHO!